Livyatanim - which in Hebrew simply means ‘Whales’ - was an idea we conceived a long time ago, which was to make an album that would serve as a research platform for our ideas and musical aspirations. in essence, Livyatanim was a time and space to create something beautiful and a way to experiment and to try new ways of making music with people.

A primary interest we had was the possibilities that unfolded when working with other artists and fusing them into our own vision of themselves. making them sound completely different and fresh, sometimes trying to make them unknown to our own ears. 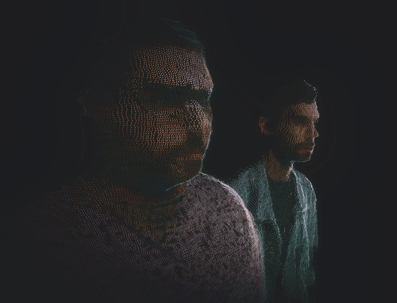 when we started working on the album - we had almost no experience producing, recording and mixing albums, and almost no recording equipment which was one of the main reasons the album took a lot of time completing.

during our three years of work we had built our own studio - MRTF, and brought in all the gear we needed to do it right. we worked on our songs constantly with all the different artists until finally everything was done and ready. We feel that we had found something in ourselves that could only be revealed by the music we created when we looked hard enough and hope that when you listen - you will find it too.